Almost through the darkness of winter

It’s spring … oh, okay, maybe not yet. But it’s definitely time for spring, if you measure the length and severity of this winter. Just talk to anyone from Boston or Montreal, and you’ll see in their shell-shocked, still frozen eyeballs how badly we all need the season to get here. In fact, if you listen closely, you’ll probably hear the whispered chant: “6:45 P.M. March 20–if I can just make it to 6:45 P.M. March 20 …” 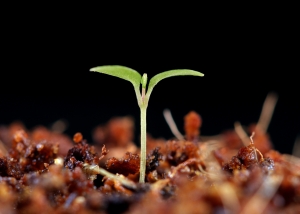 It’s been a hard and long winter and we all deserve the rebirth and rejuvenation we associate with this season. The English definition of “spring” is to pounce, to leap, to jump into activity. Water bubbling up from the ground is called: a spring.

So let’s pounce. Let’s bounce off the bleakness and cold of a severe winter and get into action.

For me and for mom that will mean looking forward to marketing and talking about our latest book: Violet Fate. It’s our favorite so far, but it came out during the worst winter of our life. We experienced the kind of loss that stops all action and all desire to plan the future—we lost my father, her husband.

As we were driving this week to pick up his last effects, we talked about what we are feeling now. We are still reeling, but we want to move forward again. And one of the feelings we recognize, when it comes to getting published is astonishment: who could have imagined just a few years ago that mom and I would have three books out and three more in action. Who would have thought that my sister Allyn would be a successful children’s book author with even more books in action than us or that she would inspire us to pursue this dream? Who could have imagined that mom and I would ever be called a “mother/daughter writing duo,” would appear on television, would give talks all over Northern Virginia? Who could have predicted Mom and I and Allyn would sweat together through the ups and downs of getting published.

We had to put our talks with Applebee’s about an official launch on hold to get through the loss of this winter. But we’re talking to them again, and we’re going to make it happen with one change: it will be a book party—a celebration of the surprises life has in store. Some of those surprises may include sub-zero weather and mounds of snow … and soul-wrenching grief. But others will start with what inevitably happens in spring: a seed germinates, spreads its tiny sprout through the nourishment of the soil where it’s placed, sticks its little head through to the sunshine, and if give enough food: grows into plants and finally flowers.

Posted by swopeparente on March 13, 2015 in Uncategorized