Stuck in the sand

Writers love their metaphors, and I’m smack dab in the middle of one that often applies to how they live: stuck in the sand.

Mostly, it’s quicksand that has hold of me right now, and I’m flailing my arms trying to get someone’s attention. The sand in this case was dumped by clients in my paying gig: managing editor, and it was created by deadlines not being met by others. I have developed the delicate art of becoming the human gnat, buzzing in the ear of those who pay me to be a good editor and manager. But the reality of my daily job is that I have to depend on other people’s schedules and sometimes getting their association or corporate publication out is not as important as the thousands of other tasks on their plates. I’m used to being here in this spot; I’m a patient person and someone usually sees my flailing arms and rescues me.

When it comes to my writing career, however, I’m stuck out in the desert with no one listening. The Fate Series’ publishing situation is about to change and I have to decide if I have the desire or knowledge to self publish or whether I must go through the often-lengthy process of finding a new publisher. Neither scenario appeals in the least; I’ve loved the editors and artists I’ve had up to now. I can’t stand the thought of not having their support. But I happened across this spot accidentally, and I’m sinking in my own indecision about how to solve this problem. Meanwhile, I’m trying to finish book four, working out details with mom in book five and trying to decide what to do about the book of short stories mom and I put together last year that doesn’t appear to be “out there” enough to appeal to today’s short story publishers.

I guess in the case of my writing career, this sand is more like a trap. I’m swinging my clubs trying to understand exactly what’s involved in the very broad and diverse field of publishing today. I’m trying to find time in all of this mess to hit the newest books forward.

But the nice part of the sand trap is that there are those that can give you lessons on how to rescue yourself. Such was the case last weekend when I attended a Virginia Writer’s Club symposium on “Navigating Your Writer’s Life.” The group put together an excellent program balancing the “craft” of writing with the “business” of being an author. I chose mostly business sessions because I need the practicality right now. I came away with so much information my head is spinning. More importantly, I came away having met a roomful of people who have faced or are facing the same issues I am, which means: I’m no longer alone out here in my pile of sand. Many of these people won’t be able to rescue me—they are too busy trying to hit the golf ball themselves. But the place to begin getting answers is to listen to those who have been here, stuck in the sand, and found a way not to let it ruin their scores.

Posted by swopeparente on August 4, 2015 in Uncategorized

Revving up the engine

When you feel stale with your writing, what do you do to inspire? In the old days, when I was only putting words down occasionally with no goal in mind, I’d dig out the old journals. These journals, written in long hand, still inspire when I give them a chance. But now that I’ve actually published a book with mom, I look to something else – recommitment. 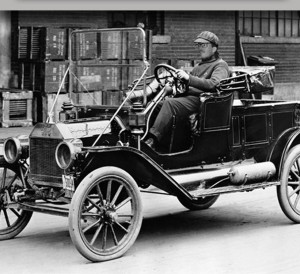 Mom and I carted my dad around Fredericksburg, Virginia this week, visiting places we thought might be interested in book signings. At the end of the day, we had two signings booked and a very hot prospect for a third. Pretty good results from a couple of hours of driving. But the day meant a lot more because what it did was re-inspire. Both of us took almost a month off from marketing because of busy schedules (my daughter graduating, visits from friends and family). Mom was chipping away at book five of the Sam Osborne series. I was finalizing the manuscript for Wretched Fate, the second book of the series. But I think we were both feeling the lull that occurs after the passion of first getting published. By driving around, telling our “story” about the miracle of book one coming out, we created a second wind. Mom and I both love the characters Mom created—Sam Osborne, Casey and Danny—and what happens to them in book one. We love book two and the new heroes Jacob Hardy and Rosalie McGovern even more. So it was easy to turn that passion into a road trip. It also helped that while we were telling our stories of how we became authors, we also could report that book one Twist of Fate is about to be reissued by Spectacle Publishing Media Group, and that book two Wretched Fate, will probably be out by the end of this summer. We felt again the excitement of being an author, and it breathed life into the ordinary.

So fellow creators, find that key that will bring you back to the magic place you were the first or second or third time you looked at your creation and realized how talented you are. It may require doing something like driving around, knocking on doors and bragging a little, but you know you’ll also find people who think that what you’ve done is really cool. Or if you’re within that horrid writer’s block we all hit, sit down at the computer and write something new. Remind yourself again why you’re an author. It’s fun. It’s rewarding. It’s an outlet for your creative soul.

And you’ll find yourself driving home, like mom, dad and I did, listening to an old radio station and singing along with the music.

Posted by swopeparente on July 2, 2013 in Uncategorized