RSS
← Having Bob Swope as a Dad
Revving up the engine →

Getting over the Speed Bumps 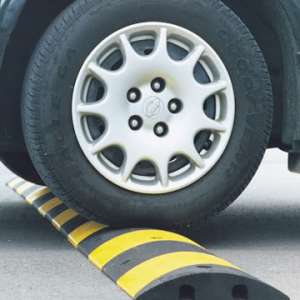 Like many writers, I seemed to be suffering from a period where my writing is at a standstill. For the first six books, the words just rolled out of me and onto the computer. But my writing seems to be suffering from stumbling blocks lately. One of those speed bumps is the reality that, as my books have progressed, the plots get more and more complicated. I’ve never had much trouble coming up the characters—they just form in my head and crystallize as I’m writing. However, writing and then fine-tuning mystery plots is difficult. There are many details that have to be figured out as far as how something could logically happen. And it’s not always easy to lead readers on side-trips so they don’t figure out “who dunnit” too early in the book. This is especially difficult with the Sam Osborne book I’ve trying to write now, which involves a murder. The killing could have been a case of a mistaken identity, which makes finding out the murderer more difficult. You’ll have to wait until that’s all on paper to see what I mean. As with the other books, I really like my main characters in this book.

Part of my problem, too, is that I took the last year to sit down and draft some short stories. Book Four of the Sam Osborne series was done, and I needed a new challenge so before I returned to my detective, I wanted to try some short stories. I’d done a few stories that were based on facts for magazines. This year, I wrote an entire collection based on seasonal holidays.

Now, I have an idea for how to return to Sam. However, it began in my head as a short story. I’m seeing now how much more detail, work and time it takes to write a full-length novel and wondering if writing short stories was a better form for me. I guess I’ll find out as I spend more nights lying in bed thinking about this latest plot!

Book signings have also been slow lately, partly because of my husband’s health—it’s difficult for him to drive places when he doesn’t know where he’s going, and I can no longer read a map or the road signs. And like with most people, life has gotten in the way—my daughter and writing partner works more than full time and has a graduating senior; my other two daughters came to visit; and these events have made for a busy Spring.

However, all of this having been said, Genilee and I have recommitted to Book One—Twist of Fate and hit the streets together again to set up more signings and events. We’ve already had one success, which we’ll report on closer to the event.

We were also excited to find out that Spectacle Publishing Media Group has decided to issue a second edition of the first book right before book two comes out. We are Spectacle’s top seller and proud of that fact. I’ll hope you’ll visit their site to see what else they’ve published recently (Spectaclepmg.com.) And both of our latest releases will be happening this summer – the reissue probably in July and the publishing of Wretched Fate to follow in August or September.

I am very proud of Wretched Fate and love the characters of Jacob and Rosalie. They are both unusual in their lifestyles—Jacob a recluse with a famous name, Rosalie a woman in need of a direction for her life. When they meet and work together to solve the crime, something magical happens. We think something magical will also happen when you read it!

Posted by swopeparente on June 21, 2013 in Uncategorized

← Having Bob Swope as a Dad
Revving up the engine →

One response to “Getting over the Speed Bumps”